Virtualisation is not a new technology as it has been in the mainstream for more than a decade in some form or another; yet most people within the industry fail to acknowledge it. Those who have adopted it are so obsessed with this technology that they can’t imagine going back to the era of physical local servers. However, this is not just about servers; there are multiple variants of this technology — for instance, network, storage, and desktop virtualisation technologies are transforming IT support services from the way they have been used in the past.

virtualisation than that. It can be defined as a creation of virtual resources such as servers, desktops, OS, files, storage or networks. It helps manage workloads by being able to move resources from one workspace to the next. This gives you more flexibility and scalability at a much cheaper cost. Now, it’s possible to apply it at system and hardware level.

Advantages
It has different layers at desktop, server, files, storage, and network levels and each level has its own benefits and complexities. The benefits include low deployment cost, optimum resource utilisation, and power saving.

Apart from being a more eco-friendly technology, it reduces your data-center footprints. This means fewer servers and racks and less floor space. It allows replacing system hardware with virtual hardware. IT managers enjoy a lot of flexibility while dealing with hardware vendors.

Here are four major services that you can consider:

Server virtualisation
It’s useful for both in-house data centers and service providers operating in the public cloud space, helps them utilise their servers to the fullest, and adds to system flexibility. That means they can scale up and down as the workload fluctuates and control costs much more efficiently.

Storage virtualisation
This is fast becoming an important component of enterprise IT support. Storage virtualisation frees up IT managers from handling multiple hardware units. It can be achieved by including an additional layer of a storage hypervisor, which creates virtual pools of more efficient storage networks.

Network virtualisation
Network virtualisation is the latest entrant in this arena. It’s about creating a wall between the control layer and the physical hardware that routs the network packets, thereby enabling IT support managers to distribute the bandwidth more efficiently, which saves a lot of power and also reduces the operational cost. 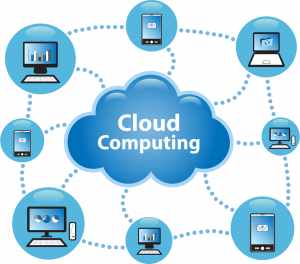 It is equivalent to virtual machines, which can be accessed through remote client devices such as tablets and laptops. There are several cloud-based, desktop-as-a-service services available in the market. The biggest advantage of desktop virtualisation is data security. Apart from this, you can manage it more efficiently and enjoy better device support, easier backup and lower cost.

Things you should consider in virtualisation

IT managers should first spend some time acclimatising to a virtual environment. If they don’t update their knowledge, handling this new environment won’t be easy for them. You can start small and once you become familiar with the system, you can then think about scaling up.

Meanwhile, here are the things you should consider in virtualisation:

1. Think holistically
IT managers have always suffered from silo mentality. Their technology expertise has always been confined to a limited area. However, in virtualisation, a fair understanding of all IT domain servers, networks, storage facilities, and security applications is required. So, if you’re looking for hiring a vendor, opt for those who have proven expertise in the multiple areas of this technology. They should be able to create a comprehensive roadmap.

2. Consider security
Virtualisation is safer than the existing technology, but it requires a change in approach toward security. IT managers fail to update security tools while going for virtualisation that leaves a system vulnerable to security risks. Applying the best practices for physical security won’t work in a virtual IT environment since it requires a different set of security standards. Not having a clear idea of how a virtual IT environment works in a particular scenario often results in loopholes.

James Walker, IT product manager, writes in Tech Target, a highly respected IT website, “Now when you translate that into a virtual environment, where you would have multiple instances of virtual machines on the same physical server sharing memory and processor, when a scheduled scan comes on it can completely knock over the server, and the applications running on it are no longer usable or accessible.”

3. Take care of operational considerations
A joke is very popular in the IT virtualisation circle that tells you how to get pregnant, but does not say anything about how to raise a child. You ignore some critical factors and get into trouble rapidly. So, you must be wary of operational considerations. There will be many instances when requirements are not defined clearly and you should be able to handle such scenarios confidently.

On a final note, addressing the operational aspect of this technology is important to avoid pains later on. Having a clear plan to implement and leverage virtualisation is what you need in order to succeed. This is where more improvement is required as many organisations still follow the traditional, old practices in spite of adopting virtualisation.

4. Machine Density
This refers to the number of virtual machines in a particular infrastructure that host servers maintain efficiently. However, there is no real number. The right answer is still elusive. However, it depends on certain factors such as type of storage, network speed, server hardware, and workload diversity.

5. Plan for the Capacity
While going for virtualisation, plan for the capacity you need in advance. Furthermore, make a plan for deletion. Create a detailed list of virtual machines that won’t be required after a particular date. If a machine is not required, simply put it in the archive and delete it, which will prevent unnecessary draining of resources.

You must know what you already have and invest your resources based on what you need. Remove those that have outlived their utility and purpose.

6. Make sure they are properly patched
It’s important to protect your virtual systems as diligently as you do the same in the case of physical machines. From a security perspective, make sure your systems are properly patched. Make a solid backup regimen that gives you the ability to recover rapidly and also protects your critical systems. This’ll go a long way in helping you create a proper virtualisation strategy for your organisation.

Why is it important to hire the right vendor?

This technology is certainly more beneficial than physical servers and data centres and helps create more agile, dynamic, affordable and efficient data centers. However, the road to implementation is not without its share of hiccups. Here are 4 challenges that you can encounter during the virtualisation process:

1. Security vulnerabilities
After you decouple the link between hardware and software, security vulnerabilities may increase if your virtualisation service provider doesn’t have a sufficient amount of bandwidth. You just can’t hire any vendor that lacks the proper understanding of the more fluid and complex virtual environment. They should have the knowledge and the ability to patch the layer where you see any vulnerability.

2. Licensing
Understanding licensing is the most confusing aspect of any software. Vendors change the rules quickly as per their interests. Initially, they’ll offer you a cheaper price than other vendors, but they’ll conceal the cost of licensing. However, when the licensing cost is added, their services become more expensive. A reputed virtualisation vendor won’t indulge in such unfair practices. Therefore, talk to your vendor clearly on this matter to avoid any issue later on.

3. Implementation and management
When choosing a vendor, ask if they will be able to execute setting up the environment you want to create properly, and if they can, how much time they will take in the setup? Cost advantage can work in your favour only if your chosen vendor can implement your entire project in less time. Consider these things carefully before making your final decision.

Many vendors possess good platforms, but they don’t have well-managed virtualisation platforms once a software is installed. Research software by considering features such as live migration, scripting, and CPU management before taking the final call.

4. Customer support
Work with those vendors who have a proper customer support system and are always eager to help you. Ask whether they are ready to offer support 24/7. A good virtualisation vendor will always be willing to help you as per the project requirement.

Conclusion
Virtualisation offers a lot of benefits, which were, hitherto, impossible to get on physical systems. You can keep your virtual machines chugging seamlessly all the time from one system to another. This technology has had a transformative effect on data centers in recent times. It has actually helped in rewriting the rules of business technology. Lastly, it can offer tremendous advantages compared to physical systems, but you need to know the challenges in its implementation and choose your vendor carefully.

In this post, we have discussed many intricate and subtle points and offered many practical tips that can spare you any kind of trouble later on. Contact us, we welcome your comments and suggestions.